WHY LAND ART AND EDEN TO ADDO?

Our Land Art Project aims to create the first ever LAND ART ROUTE in South Africa in conjunction with a specific conservation initiative. The objective is to raise funds for conservation, encourage and support the arts and create opportunities for the communities in the area. By creating a platform for the exploration of art and ecology in SA, we aim to help the communities living within the corridor to explore the nature of their relationship with their environment.

Hikers on the 400km Eden to Addo Great Corridor Hike held in September each year, will have an opportunity to enjoy art on route. And those that cannot hike will have the opportunity to drive from one land art piece to the next in time to come, creating a tourism attraction with its associated benefits for the landowners within the Eden to Addo Corridor. 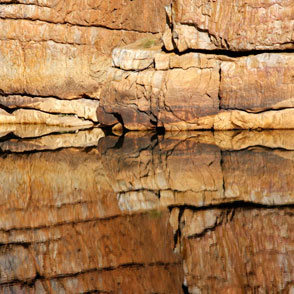 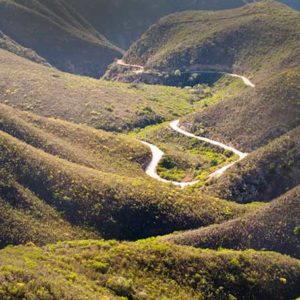 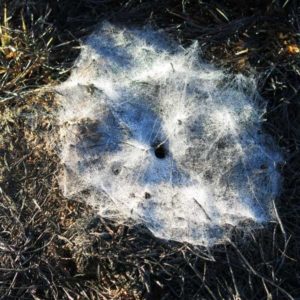 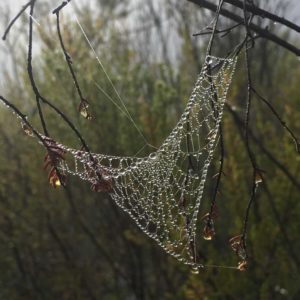 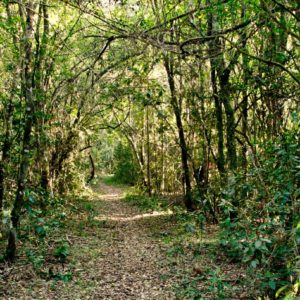 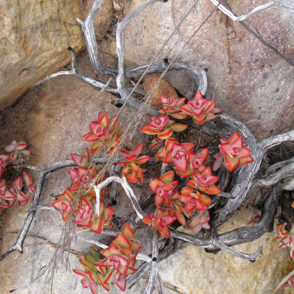 SITE_SPECIFIC AND EDEN TO ADDO

An exciting and very successful collaboration with Site_Specific in May 2011 created opportunities for the Griqua community of Kranshoek to work in association with Eden to Addo and produce a land art piece, Aartmoeders, a unique coming together of art, community and conservation. The land Artist, Simon Max Bannister, elicited the help of Griqua stone masons to erect the three stone elephants. At the unveiling the people of Plettenberg Bay from all the different communities came together to celebrate (some had never been to Kranshoek, home of the Griqua’s, before). The land art piece is in celebration of the Robberg Coastal Corridor connecting the Garden Route National Park to the Robberg Nature Reserve allowing for free movement of all species between these two protected areas. It has become a focal point where communities meet and admire the surrounding fynbos and wild rocky coast. It has created an opportunity for the people of Kranshoek to guide tourists to the art piece and the hiking trail developed around it.

In 2013 the second land art piece, “Calling the Herd” will be erected by the world famous land artist, Strijdom van der Merwe, to celebrate the Keurbooms Corridor connecting the Garden of Eden section of the Garden Route National Park to the Tsitsikamma National Park section. The unveiling of the art piece will open the 2013 Site_Specific Land Art Biennale

Eden to Addo together with Indalo Conservancy hosted a land art Residency in 2013. The artist in residence was Erica Luttich whose art initiative, RUNNING FENCES” will be launched at the Site_Specific Land Art Biennale in August 2013

For a program of events for the August 2013 Site_Specific Program click here. 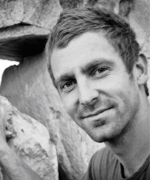 Simon Max Bannister has been consistently creating sculptural artworks for 3 years now. After working with his degree in Graphic Design he found the need to express his creativity with an alternative means. Be it earth, stone, leaf, water, light, shadow and even plastic, he grasps the energy and moulds it into a necessary and intriguing artistic dialogue. He is gifted with the ability to capture the essence of the medium he engages with. He is acutely in touch with the elements and it is admirable to see how he does not try to reign-in the nature of his work, but allows it to be freed by the mysterious forces at play. It is ultimately the creative processes of nature that inspire his creative endevours. He has participated in events such as Site_Specific, Afrika Burn, Infecting the City and the National Arts Festival. He has created multiple private commissions for wine estates game reserves and educational facilities. While keeping a diversity in materials, his style is unique and his passionate creativity is in tune with the climate of our challenging times. 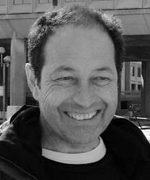 He resides in Stellenbosch, South Africa. Recipient of the Jackson Pollock-Krasner Foundation Grant Medal of Honor from the South African Academy of Arts and Science. Winner of the It’s LIQUID International Contest – First Edition 2012. Italia, for Sculpture and Installation Member of the curatorial panel for World Design Capital Cape Town 2014. Recipient of the Prince Claus Grant Amsterdam The Netherlands Nominated for the Daimler Chrysler award for sculpture in Public Spaces 2008 Kanna Award at the Oudtshoorn Art Festival for best Visual art projection in a musical in collaboration with the music of Laurinda Hofmeyr.

He held many personal exhibitions in various art galleries in the past years and his work has been bought by numerous private and public collectors locally and abroad.

Studied art at the Universities of Stellenbosch, South Africa, Hooge School Voor de Kunste, Utrecht, Holland. The Academy of Art and Architecture Praha the Czech Republic and the Kent Institute of Art and Design Canterbury, England.

As a land artist in general he uses the materials provided by the chosen site. His sculptural forms take shape in relation to the landscape. It is a process of working with the natural world, using sand, water, wood, rocks etc.. He shapes these elements into geometrical forms that participate with their environment, continually changing until their final probable destruction. He observes the fragility of beauty, while not lamenting its passing, what remains is a photographic image, a fragment of the imagination. While a visual record is materially all that is left, he also leaves us a reminder of the capacity, however feeble, of an individual to alter the universe by embracing the ceaseless changing of nature, actively contributing to it and, in so doing, modulating and beautifying the outcome. 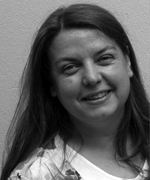 Erica Lüttich studied at Ruth Prowse School of Art before becoming a film editor in 1985 and has collaborated with many directors in the South African film industry and contributed to several international productions. In 2003/2004 she spent several months in Paris working on a documentary series dealing with Mothers and Daughters in Africa for Channel 5.

In 1992 she enrolled at Unisa (BA Fine Arts). She engaged with various communities as a facilitator partnering government and corporate sponsors within the field of Arts/Craft Development. In 2002 she joined the Boitumelo Project in Hillbrow. Her creative work with Boitumelo addressed past histories but also developed individual creativity, economic empowerment and a sense of self-worth.

In 2010 she initiated the FairPlay project in collaboration with various inner-city projects to create activities for children and youth during the Fifa World Cup. Currently she has initiated the ‘Karos vir die Karoo’ Project to enable all stakeholders to participate in dialogue to ensure inclusive and environmental responsible sustainable energy mining on the Karoo.

Art making in various media including photography, video, installations, sculpture and textiles are critical to the creative journeys that Erica engages with. This is part of her keen story telling interest for participants in continuous search for developing social cohesion and trusting activities to connect communities.

Currently she is the Creative Director for Boitumelo Project based in Hillbrow, Community Coordinator Site_Specific 2013 and a SECP 2013 student at Gibs. 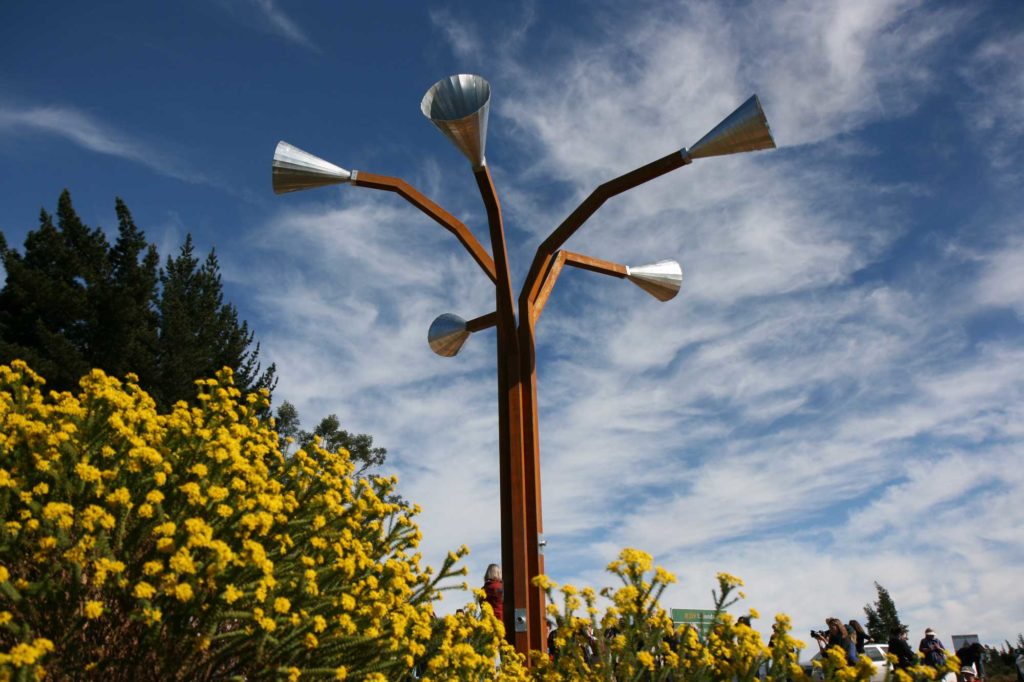 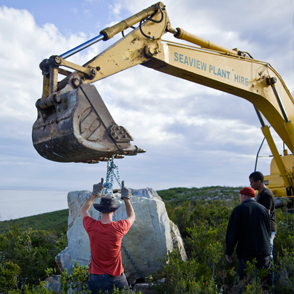 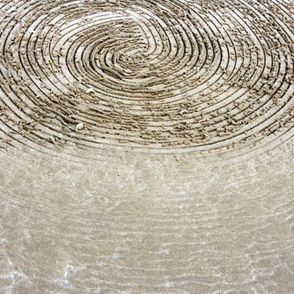 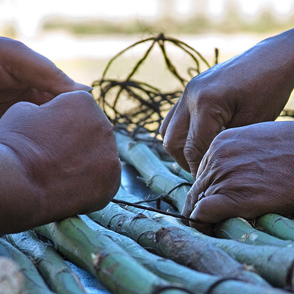 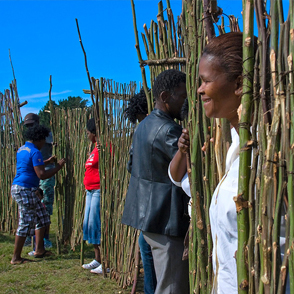 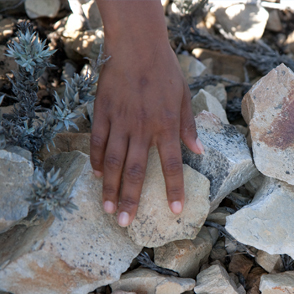