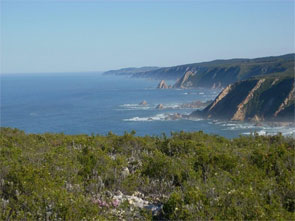 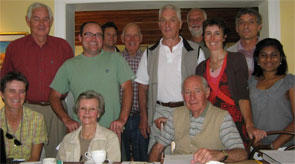 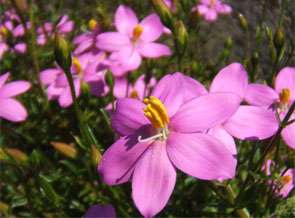 Between Robberg Nature Reserve and Harkerville State Forest, in the middle of the Garden Route, is a pristine 18km stretch of wild coastline.

With the help of Eden to Addo, the owners of this magnificent coastal corridor are testing South Africa’s conservation legislation for the first time by asking the MEC for Environmental Affairs and Development Planning to declare their properties a “Protected Environment” in terms of the National Protected Areas Act.

The coastal corridor identified by the Garden Route Initiative as a Critical Biodiversity Area. Although not all of the properties are currently members of the Protected Environment it is hoped that in time, the benefits of jointly conserving the corridor will draw the remaining landowners in.

This is a first for South Africa and could prove to be an important precedent and tool for reaching National conservation targets. Conservation corridors, essential for the exchange of genetic material required to keep plant and animal populations healthy, are a hot topic in the climate change debate. Without keeping the linkages between protected areas open, the ability of the human race and of natural systems to adapt to the vagaries of climate change becomes severely compromised.

Robberg Nature reserve, famous for its majestic coastal trails and ocean vistas is in fact a peninsula that has slowly become an island of biodiversity surrounded by intensive residential development.

Dr Robbie Robinson, formerly Head of SA National Parks and one of the founding landowners believes that inappropriate development is the single biggest threat to biodiversity in the Garden Route, “With the exception of this conservation-friendly neighbour, Robberg Nature Reserve is surrounded, on the terrestrial side, by intensive development. Here, generations of conservation-sensitive landowners have struggled to keep the link between Robberg and the remaining coastal lowland fynbos viable. It is essential to maintain this vital corridor.”

Chris von Christierson, Chairman of The Robberg Coastal Corridor Landowners Association, whose 117 hectare property was recently registered as a Voluntary Conservation Site with Cape Nature, states, “This unique area is irreplaceable. If we do not protect this last remaining life line to the Peninsula, Robberg will become an ecological desert within a few generations. Besides, we firmly believe landowners in the Corridor will add far more value to their properties in the long run by joining us. There are numerous examples of how properties adjoining National Parks and Reserves have appreciated.”

WWF SA Chairman, Mark Read strongly supports these landowners because South Africa’s development will shortly make it impossible for initiatives of this nature to have any chance of becoming reality, “This is far past the 11th hour for saving the biological integrity of unique areas such as the Robberg environs. A combination of human population pressure and wilful destruction of the natural ecosystem in pursuit of short term profit will definitely incapacitate the area biologically unless the protection currently afforded Robberg is extended westwards to Harkerville. The generations of South Africans to come should be allowed to view the pristine beauty of this beautiful stretch of our coast as we have done. Let our generation not be the one that spoilt it forever.”

Together, the properties of the five founding members constitute 895 hectares. Included in the founding member properties is 89 hectares belonging to the Eden Municipality who has shown a strong commitment toward working with their neighbours and managing their land for conservation. Yet to be included in the RCCLA are 65 hectares belonging to the Kranshoek Griqua Community, and four remaining properties together measuring some 300 hectares.