E2A has not communicated with you for some time. But I can assure you our corridor work connecting protected areas to enhance the movement of species has continued unabated despite the lockdowns.

Eden to Addo was founded in 2006 based on the story of the Knysna Elephant(s),the last truly free elephant(s) hiding in the forests of the Garden of Eden, unfenced but unwilling to move due to fragmentation of the landscape. It was clear then that conservation corridors needed to be established, not only for the elephant(s) but for all wild life.

In 2006 we surmised that there were between 3 and 8 elephants in the forest. However, research undertaken by Lizette Moolman, Wildlife Ecologist, Scientific Services, SANParks, over the last few years, has shown that in fact there is just one elephant left in the forest! She has analysed thousands of camera trap pictures placed over vast areas of the forest and every time it was the same elephant that was captured. The elephant is a female of approximately 46 years old. Lizette was able to piece together her movements and behaviour which she has kindly shared with me. Lizette has found trampled areas where she backs into the forest during the day to hide from human activity. The elephant has befriended a Bell logger that she touches with her trunk as she would do with another elephant and sometimes sleeps next to it. She has been observed running during a thunderstorm, perhaps fearful with no herd to feel safe with. Most importantly, she is retreating into smaller pockets of forest as more mountain bike, hiking trails and roads are made, fragmenting the landscape. Further proof of the importance of conservation corridors.

But for now we would like your help. Lizette, as the wild life ecologist, is conducting a survey to explore the value stakeholders hold for the presence of free roaming elephants in the Knysna forest, a collaborative effort between South African National Parks (SANParks) and Nelson Mandela University (NMU). The aim is to understand stakeholder expectations for a persistent elephant population in the Knysna forest. Please go and do the survey HERE. Your input would be appreciated.

On another note, please share our fund raising E2A Great Corridor Hike 2021 page with family and friends who may like to take part as we do still have a few places open. And watch the developments of the first TUSKER taking place in July. An unsupported trail run from Addo to Eden, 270km to be completed in under 5 days. 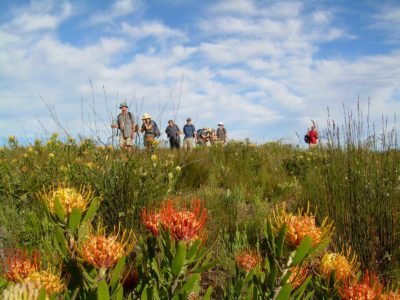 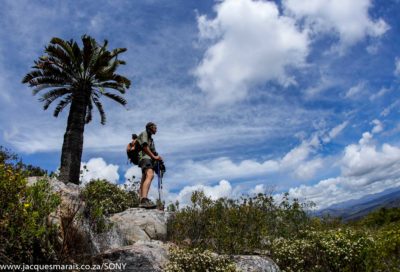